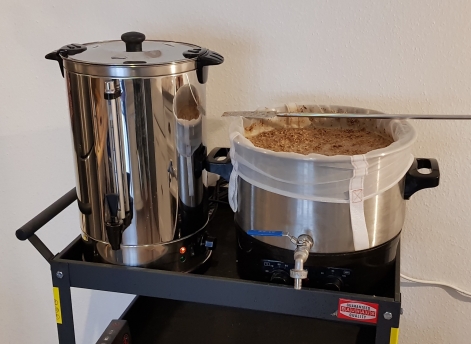 Those who know me well know I like traditions, or that I like to come up with new traditions every now and then. So after I created the Post-Christmas Brew Day tradition I decided to created the Rosenmontag BrauTage. For those that don’t know German Karneval, Rosenmontag is the carnaval Monday and it’s usually a day off from work here in Cologne.

So in order to honor the just created tradition of the Rosenmontag Brautage I decided to brew the DoppelHop Doppelbock beer that we invented and brewed some years ago at Cervejaria Bamberg during a homebrew club barbecue. Also after almost 3 years living in Germany it was about time for me to brew a German style beer (with a twist).

I scaled down the recipe from the original 40L down to 10L of my current equipment and changed the late hop additions to something I had access to. Also, since I couldn’t convince Alexandre Bazzo to ship some Cervejaria Bamberg lager yeast to me, I decided to use WYeast 2206 Bavarian Lager instead. 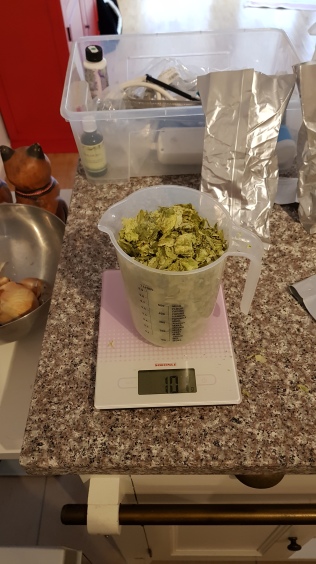 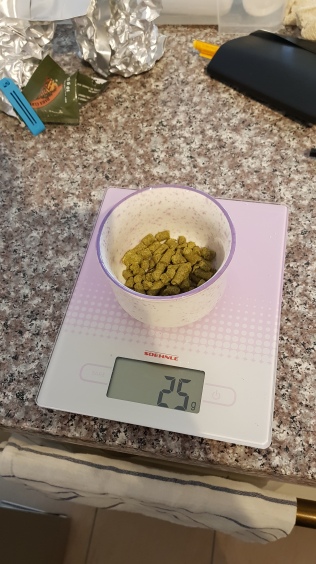 The brewday was uneventful (at least no boil overs like at the original day) but efficiency was lower than projected (forgot to adjust down the brewhouse efficiency for high gravity beers). Also when transferring the wort from the boil kettle to the fermenter the flower hops clogged everything. So I just threw everything (hops and trub included) into the fermented and prayed to Ninkasi so nothing bad would happen to the beer. In the end it may not be a Doppelbock per definition but at least I tried.

After 2 weeks of lager fermentation that started as low as 8oC for 3 days and up to 12 oC for the remainder of the time the beer density stabilised. So I transferred the beer (this time without the hop flowers) to another bucket and put it to lagger at 4oC for another 2 weeks. After that the beer was bottled using 2 carbonation drops per 500ml bottle. For some stupid reason I decided to not to any dry hopping so let’s see how the beer turns out after bottle conditioning finishes in 1 week from now.

There is a video (in Portuguese) of the bottling process below

One thought on “Traditions”